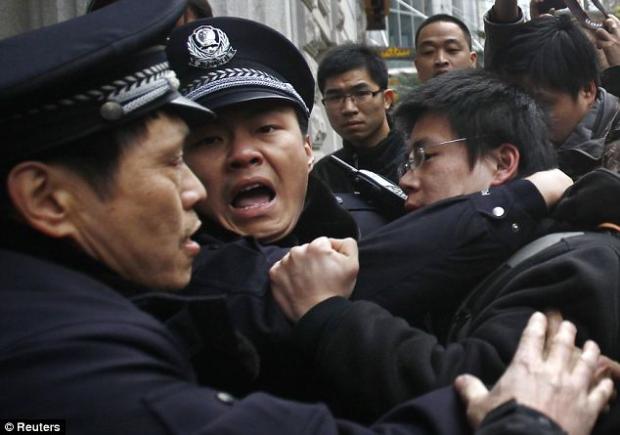 Comments (2) Add to My Stories


Chinese authorities moved quickly and with force to quash a pro-democracy 'Jasmine Revolution', believed to have been inspired by the recent uprisings in the Middle East and North Africa.

More police than usual were scrambled to line the streets today, and there were a number of activists detained after online sites had organised staged protests in Beijing, Shanghai and 11 other major cities.

Citizens were urged to shout: 'We want food, we want work, we want housing, we want fairness' - a slogan that highlights common complaints among ordinary Chinese.

Scroll down for a video of the protests