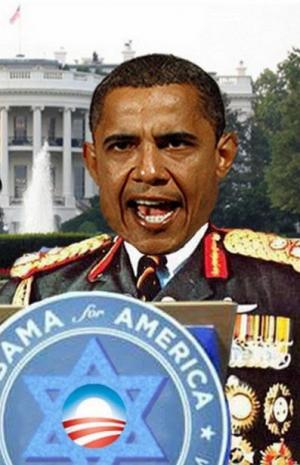 The best reporting on this subject is not in the mainstream press but in a music magazine, Rolling Stone, where Matt Taibbi investigates why the whole of Wall Street is not in jail: "Financial crooks brought down the world’s economy - but the feds are doing more to protect them than to prosecute them," he charges. Madoff also believes the banks who serviced him did not want to know about his Ponzi scheme which, unfortunately, is probably true - and an attitude coming not just from the banks. The Times report added: "He spoke with great intensity and fluency about his dealings with various banks and hedge funds, pointing to their 'willful blindness' and their failure to examine discrepancies between his regulatory filings and other information available to them. "'They had to know,' Mr Madoff said. 'But the attitude was sort of: "If you’re doing something wrong, we don’t want to know."'" Yves Smith of NakedCapitalism.com quips: "This sounds credible - but it also seems more than a tad self-serving." Andrew Leonard asks in Salon: "Should we trust him? After all, if there is one thing we know about Bernie Madoff, it is that he is one hell of a liar. But as evidence emerges that bank executives were exchanging emails wondering about Madoff’s amazing investment record, the possibility that the banks were purposefully looking the other way is not inconceivable." The truth is that many of us still do not really want to know - because, if we did, we would have to do something about it.

2 Comments in Response to US economics: One big Ponzi scheme

The mathematical analysis detailing the dollar transfers of the Ponzi scheme Federal Reserve:   http://www.scribd.com/doc/49040689 and at http://www.synapticsparks.info/dialog/index.php?topic=32.msg192 .

The Fed made $8.4 trillion off of the books last year.

HELLO!!!! Anyone remember that it was Alexander Hamilton who said, "A national debt will be to us a national blessing"? He's the one we have to thank for bringing this method of economy building to America! Of course, it is not his fault that we remained with it. It works to force an economy to grow at a furious pace - look how it boosted the British economy into a world-encircling empire - but it demands the energetic government and the expansionist policies of imperial Great Britain to keep doing what it does. Think: if you have more debt than you have income, you do everything you can to resolve your debt - selling off unnecessary assets, improving efficiency, working longer hours. A nation is only different in its means; its methods may be every bit the same. This only worked in America while other economies were small enough to provide "space" into which the American economy could grow; when other national economies began to stiffen up, grow, and eventually resist the outward expansion of the American economy, there was a natural limit placed on the growth of both economies. This was strengthened by the other's country's nationalism and pride - they had established their station in the world, and determined to grow. There were more than one of these economic obstacles to American growth, but they were well behind the power curve - America was growing at a phenomenal pace, while the rest of the world's closest contenders were hardly mechanized; many were still hitched to tribal or feudal systems. Their nationalist pride, however, refused to allow the obvious incursion of another country into their sovereign breathing space; they understood the value of having that room to grow, just like having new land upon which to build. When America's economic expansion butted up against these other nations' "air space", there were two options open to America: respect their future; or conquer and absorb their resources. The latter would be the only way America could hope to continue growing, but it went against the grain of America's foreign policy at the time. They had not fired upon us, so we had no justification for attacking them (other than a desire to continue growing economically). The great failure in this was America's refusal to change from a debt-driven economy to one based upon self-sustaining thrift. America continued to allow her debt to drag her economy in any direction that provided room to grow. Any little corner, nook, or crevice of economic opportunity was sought out and snapped up greedily. Then, in the mid-forties, we discovered our error. We looked for a year or two and discovered that there were no more places to grow; all of the foreign economies had begun to make use of industrialization and mechanization that we had sold them, and they were growing rapidly, as well. There would be no turning them back without going to war with them. America, however, still had her pride - and that meant that she would have to do whatever it took to stay in the lead. The larger countries - Russia, China - would be foolishness to take on, and we could not find a way to justify that kind of military expansionist tactic yet. The smaller examples, though, of Korea and VietNam, were bite-sized and could be rationalized to the public. Keep in mind - WE WERE NEVER MEANT TO WIN THESE. The only purpose this served was to keep the economy rolling while centralizing the government control of the military forces available at the time. As long as the nation remained on a wartime footing, money could be pulled from pockets and people could be given work in the military machine - and the population could be controlled by attrition, as a jolly little aside. Korea was a dismal failure for American foreign policy, but it remained a "victory" as long as Korea remained "The Forgotten War". People would be willing to again answer the call to war against the Red Scourge if they could be made to forget the ignominy of Korea. So television and cinema placed dancing images before us, blurring our memories and soothing our pains. A new generation - born just before or during the Korean war, was turning seventeen to nineteen years old about the time America's government felt the need for more artificial stimulation of the economy. Another war we were never meant to win - and we didn't win, in glorious fashion. Not only did we place our nation in even deeper debt and wreak further havok on America's public image - we now began to stink at home. The young people who were unhappy with the idea of going to war for reasons that they did not, would not, or could not support began to hate the nation they should have loved. They began to hurt the country that gave them all of the freedoms they had to hate it with. They began to turn that hatred on those who dutifully answered their nation's call. America's image was in a shambles, her economy was staggering drunkenly, and the rest of the world was taking up every bit of economic ground ceded by a reeling superpower. And still we did not learn. So here we are, with our economy gasping for air and our public image in utter ruins. Everyone around the world hates us for our being so greedily unwilling to stop growing and allowing them a shot at greatness. They hate us, too, for exercising our "peaceful" conquests that allowed us decades of access to their economic space - and now they are taking control of it back, forcing America into an even tighter space. That national debt is not so much a national blessing now - is it, Mr Hamilton?