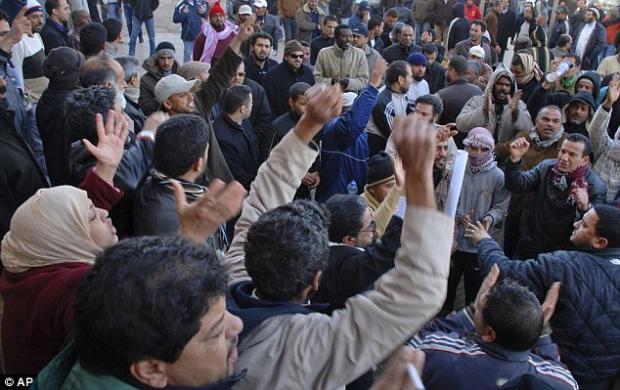 Protesters appear to have taken control of second city Benghazi Up to 400 feared dead after dozens killed in overnight clashes Justice minister resigns over 'excessive use of violence' Mystery as two Libyan fighter jets land in Malta
David Cameron declares regime response is 'appalling and unacceptable'
Gaddafi's son says: 'We will fight to the last minute, until the last bullet' UN warns that British Government could be guilty of 'complicity' in killings

Protesters appear to have gained a foothold in Tripoli as banks and government buildings were looted while demonstrators have claimed they have taken control of the second city Benghazi.

It is thought up to 400 people may have died in the unrest with dozens more reported killed in Tripoli overnight as protests reached the capital for the first time and army units were said to have defected to the opposition.