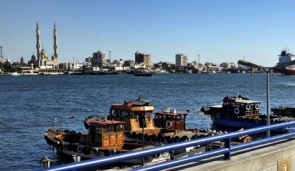 Two Iranian naval ships passed through the Suez Canal on Sunday, Iranian media reported, following conflicting reports and speculations on whether or not Egypt's ruling military would approve the move.