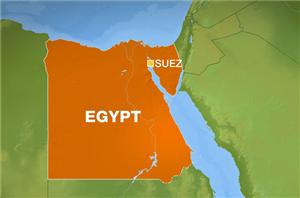 Iranian media has reported that two Iranian warships were in the Mediterranean, in the first such passage since Iran's 1979 Islamic revolution and on their way to a Syrian port.

However, a senior Suez Canal official denied the report on Sunday, saying that the warships had yet to reach Egypt's waterway to cross into the Mediterranean.

"No Iranian ships have passed. Not today, not yesterday, not the day before," Ahmed al-Manakhly, the head of the canal's operations room, told AFP news agency.