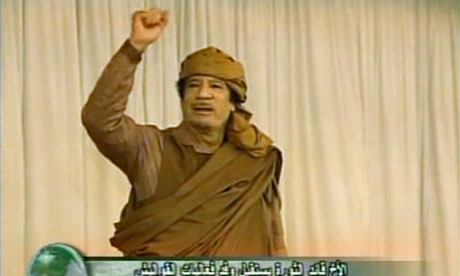 Libya's official name is the Jamahiriya, or "state of the masses", but 41 years after seizing power, a defiant Muammar Gaddafi still rules through secretive decision-making and as a family enterprise in which his sons play leading roles.

Now facing the worst unrest since the revolution, Gaddafi's moves are as opaque as ever. Amid feverish speculation about the future, everything he has ever done suggests he will not relinquish power voluntarily. "We will all die on Libyan soil," sources close to his family told the Saudi paper al-Sharq al-Awsat.