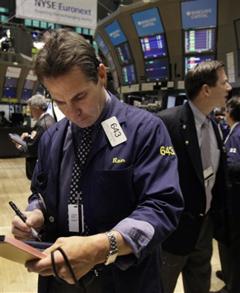 With deep rifts opening up in Moammar Gadhafi's regime, air force pilots defecting and a bloody crackdown in the capital of Tripoli, investors are fretting over how the crisis will end and what the impact on the North African country's oil production will be.

Libya is the world's 18th largest oil producer, pumping out around 1.8 million barrels a day, or a little under 2 percent of global daily output. The OPEC country also sits atop the biggest oil reserves in the whole of Africa.