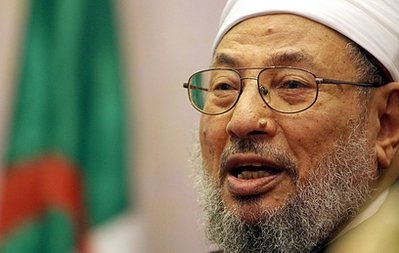 Prominent Muslim cleric Yusuf al-Qaradawi called on Libyan soldiers to shoot leader Muammar Gaddafi dead, issuing a fatwa saying any soldier with the ability should step up "to rid Libya of" the 41-year leader.

"Whoever in the Libyan army is able to shoot a bullet at Mr Kadhafi should do so," Qaradawi said on Al-Jazeera television.

The Egyptian-born cleric urged Libyan soldiers "not to obey orders to strike at your own people," and called on Libyan diplomats across the world to denounce and distance themselves from Gaddafi's regime.

Gaddafi remains a target of violent demonstrators who have taken over cities, as regime officials reportedly used air strikes to fend off protesters fighting the military and setting government buildings on fire.