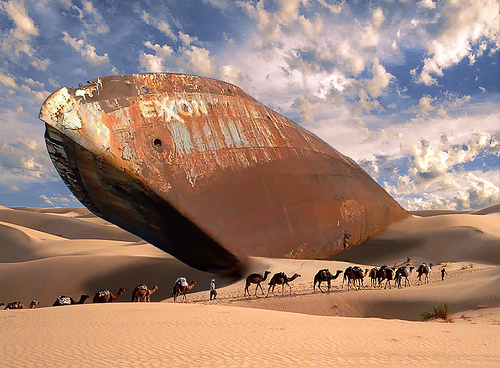 (Reuters) - Oil held near 2-1/2 year highs on Tuesday, with worries about turmoil in Libya that sent prices soaring the previous session eased by expectations that OPEC and the International Energy Agency could meet any shortfall in oil supplies.

At least three international oil companies have halted production in Libya, which pumps nearly 2 percent of world output. Some companies have been pulling employees and their families out of Africa's third-largest producer, though others say they are keeping oil flowing there.

Oil prices surged as much as 6 percent on Monday, taking Brent crude in London to almost $109 a barrel at one point for the first time since 2008. Prices remained strong on Tuesday, but closer to $106.