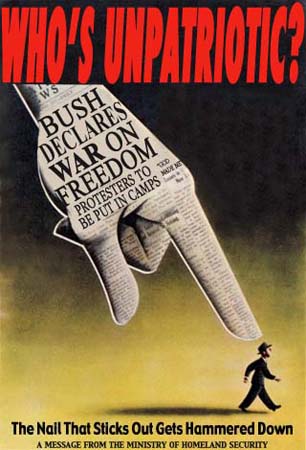 But one of the men who pleaded guilty in Minnesota said the anarchist group that the rangers are focusing on did not exist. The man, Bradley Crowder, said it was an ad hoc collection of young anarchists who had pooled resources to hire a van for the trip north.

“It was like an activist car pool,” said Mr. Crowder, who is 25 and served two years in prison for his role in making eight gasoline bombs in wine bottles, which were never used.


But the video camera did not capture the license plate number. So the police began a painstaking hunt through 3,000 similar Jeeps in Texas, eliminating them one by one, Mr. McCraw said. “Every one of them had to be looked at,” he said, “and it had to be done in a way that you are not letting the person know.”

“It was good, old-fashioned police work,” he said.