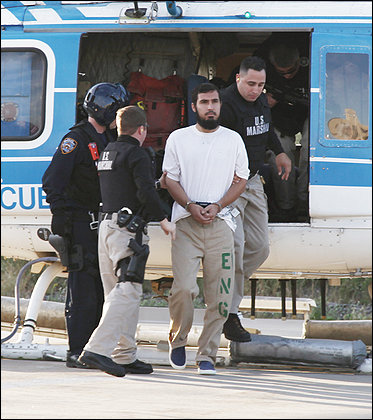 An FBI informant who infiltrated a California mosque violated the constitutional rights of hundreds of Muslims by targeting them for surveillance because of their religion, the ACLU and a Muslim group said in a lawsuit Tuesday.

The lawsuit, filed against the FBI and seven of its agents and supervisors, focuses on the actions several years ago of Craig Monteilh, a paid FBI informant. Monteilh has said he was instructed to spy on worshipers at an Irvine mosque in a quest for potential terrorists, allegations that prompted fierce criticism of the FBI from some Muslims in Southern California and nationwide.