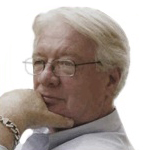 Bona fide Labor unions work within a free market system where firms compete for customers who are normally able to switch from sellers of wares and services if they want to. Public works are noncompetitive, however. Workers who belong to public unions conduct their labor negotiations without their employers facing any competitors. The USPS, for example, has a monopoly over first class mail delivery; teachers at public schools are working for monopolistic employers – students must attend school and the funds are confiscated through taxation and not obtained through voluntary exchange. So, as the saying goes, public workers have the taxpayers over a barrel – there are no alternatives and in most cases one cannot refuse to deal with these workers.

So public workers unions are not genuine free market agents. As such they are able to have their terms met by the taxpaying public basically at the point of a gun. The public must deal with these workers otherwise they face legal sanctions. There is nowhere else to go apart from moving out of the state to another where the same situation obtains, where once again public unions possess monopoly powers and costumers have nowhere else they can turn to get a different deal or to avoid dealing altogether.

Amazon FIRES All Male Directors From Lord Of The Rings: The Rings Of Power!

Boots on the Ground...Nov. 15th...Layoffs are coming that will cause massive pain for all of us.