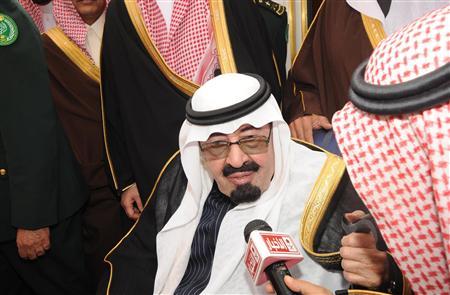 The king, who had been convalescing in Morocco after back surgery in New York in November, stood as he descended from the plane in a special lift. He then took to a wheelchair.

Hundreds of men in white robes performed a traditional Bedouin sword dance on carpets laid out at Riyadh airport for the return of the monarch, thought to be 87.

Suddenly Everyone Is Hunting for Alternatives to the US Dollar