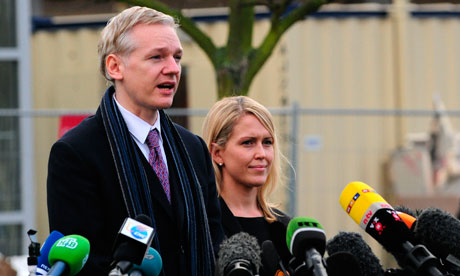 It is "very likely" that a senior district judge will order the extradition of Julian Assange to Sweden to face sexual assault charges, a barrister at Matrix Chambers predicted this week.

Julian Knowles, who has written books on extradition law, was being interviewed on Law in Action, the weekly programme I present for BBC Radio 4.

He dismissed two preliminary arguments raised by Assange's defence team: that the Swedish prosecutor Marianne Ny had no power to issue a European arrest warrant and that the WikiLeaks founder was wanted merely for questioning rather than to face trial.