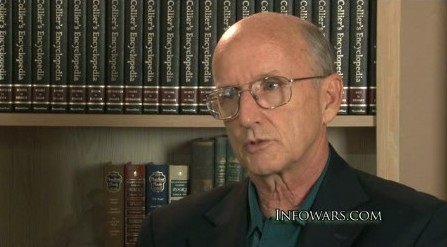 Author and political commentator Joel Skousen gives an in-depth discussion on how the election process is controlled by the establishment, with a particular focus on the 2012 election and the co-opted Tea Party movement. Skousen gives a detailed explanation of how he thinks the 2012 election will play out, with either Newt Gingrich or Sarah Palin emerging as the victorious Republican candidate.

Looking back to 2008, Skousen notes how Rudy Giuliani was promoted early on as one of the top Republican candidates when in fact he was a cross-dressing hardcore liberal. Judging from the poll numbers that Giuliani was going down in flames, the establishment had a big problem on their hands, especially given the candidacy of Ron Paul, and it was then that six major newspapers endorsed John McCain even though he was polling at only 2-3 per cent.

The "Great Reset" & The Future Of Money... Here's What You Need To Know

6 experts at Davos share what's on the horizon for 2023

Prediction Consensus: What The Experts See Coming In 2023

Scott Ritter: We Are On The CUSP Of Thermonuclear War !!! Situation Is Out Of Control

Things That Will Absolutely, Definitely, No Doubt Happen in 2023