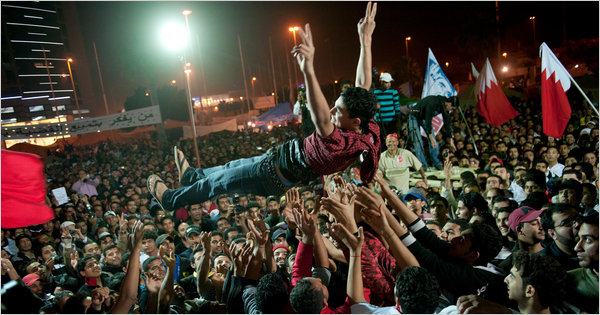 MANAMA, Bahrain — More than 100,000 demonstrators packed central Pearl Square here on Tuesday in what organizers called the largest pro-democracy demonstration this tiny Persian Gulf nation had ever seen, as the monarchy struggled to hold on to its monopoly on power.


In a nation of only 500,000 citizens, the sheer size of the gathering was astonishing. Tens of thousands of men, women and children, mostly members of the Shiite majority, formed a ribbon of protest for several miles along the Sheik Khalifa bin Salman Highway as they headed for the square, calling for the downfall of the government in a march that was intended to show national unity.