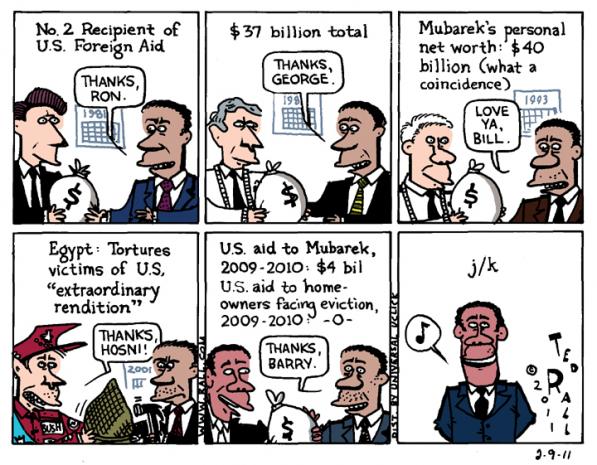 WASHINGTON — The United States has approved the launch of its first military project in Egypt in wake of the ouster of Hosni Mubarak.

The contract was announced on Feb. 18, one week after Mubarak was forced out of office by the military. Within days, the administration of President Barack Obama requested from Congress an allocation of $1.3 billion in U.S. military aid for fiscal 2012.

1 Comments in Response to Obama requests $1.3 billion in military aid to post-Mubarak Egypt

Say you!  Barry Soetoro AKA Barack Obama, I have a suggestion for you.  How about you take out a loan for the entire 1.3  billion and then spend the rest of your life and your grandchildren's lives paying it back.

Does anyone besides me  find it ironic that a (partially) black man is making  slaves of entire population of this country?