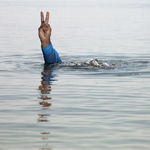 Is the Bundesbank spoiling for a fight over the destiny of EMU? Free-Market Analysis: Bundesbank chief Axel Weber has pushed his attack on EMU's policy elites one step further. This time he has undercut the triumvirate – ECB chief Jean-Claude Trichet, Eurogroup chief Jean-Claude Junker, and Commission chief Jose Barroso – with an op-ed for the Financial Times excoriating their plans to head off another round of the debt crisis by giving real teeth to the eurozone's €440bn bail-out fund. He claimed that the latest EFSF proposals – which investors had already pocketed as a done deal – would amount to "eurobonds more or less through the back door." – UK Telegraph

Dominant Social Theme: Germany will make a fuss and then go along.