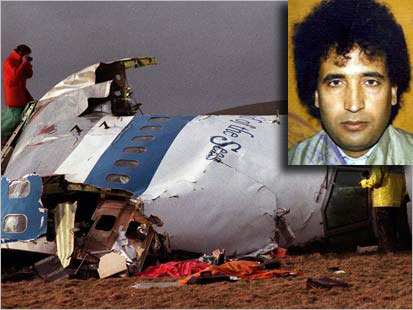 "I have proof that Gaddafi gave the order on Lockerbie," said the minister, who stepped down Monday to protest the ongoing violence in Libya.