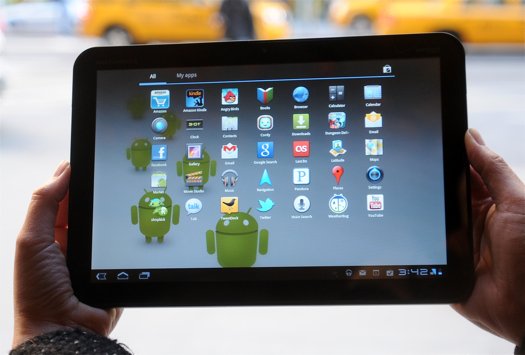 We've been anxiously awaiting the Motorola Xoom's arrival ever since we groped it at CES. The first dual-core tablet! The first tablet to use Android's tablet-only Honeycomb OS! The first Android tablet that doesn't immediately make us think "look at that giant phone"! And, yeah, the first legitimate iPad competitor, period. What we found was a great tablet--not a "promising" product, but a tablet that is seriously fast, fun to use, well-designed, and very pretty (when was the last time you heard "pretty" applied to an Android device?).

The 10-inch Xoom is both the first tablet to hit stores that runs the Honeycomb version of Android, which Google has designed specifically for larger screens, and the first boasting a dual-core processor (Nvidia's Tegra 2) to handle heaps of tasks at once. (This will become the standard soon; BlackBerry's Playbook and likely the next iPad will also have dual-core processors.) Google has shown off the Xoom as the flagship of this new generation of Android devices: the first true Android tablet, running the first true Android tablet OS.

As far as I can tell, it should be pronounced 'exume', like digging up a body. ughh..

Sounds great, terrible marketing...people like me will never figure out how to pronounce it so we'll avoid talking about it.