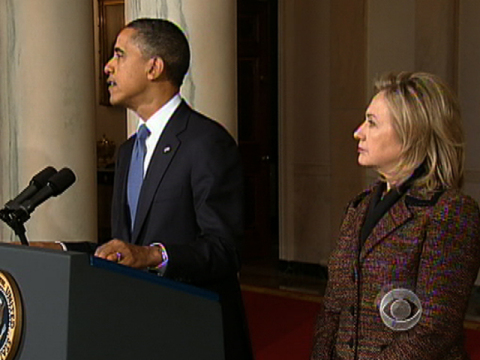 As insane as it might sound, the United States may soon be getting involved in another war in the Middle East.  According to White House spokesman Jay Carney, “no options” have been taken off the table when it comes to the situation in Libya.  By saying that “all options” are being considered, that is basically a way for the Obama administration to threaten Gadhafi without actually coming right out and threatening him.  In recent days, news reports have been appearing all over the mainstream media hyping the possibility that we may have to take military action in Libya.  This would not be happening if the White House did not want it to happen.  The truth is that Barack Obama is apparently seriously considering U.S. military action in Libya.  At first that would probably consist of air strikes and missile attacks, but if the Obama administration decides that it is going to take ground forces to get the job done then we could eventually see the U.S. military actually invade Libya.  But the truth is that any military intervention in Libya would be a really, really bad idea.  Is it really wise to stick our young men and women into the middle of an incredibly bloody civil war?  Do we want to spill even more American blood in order to protect “U.S. interests”?  Do we really want to spend young American lives to keep the price of oil low?  The truth is that the world hates us enough already.  How much more will they hate us if we decide to start bombing Libya into oblivion?

1 Comments in Response to Is Barack Obama About To Order The U.S. Military To Invade Libya?

Barack Obama better keep his paws off Libya.  For his own good and the country of whatever little is left of America.  In fact, what he should do is get the hell out of the ME altogether.  Out of Iraq.  Our of Afghanistan.  Out of Bahrain.  Out of Pakistan.  Out of Yemen.  Yankees go home!

ALERT: Its Starting... Theres Only ONE WAY This ENDS