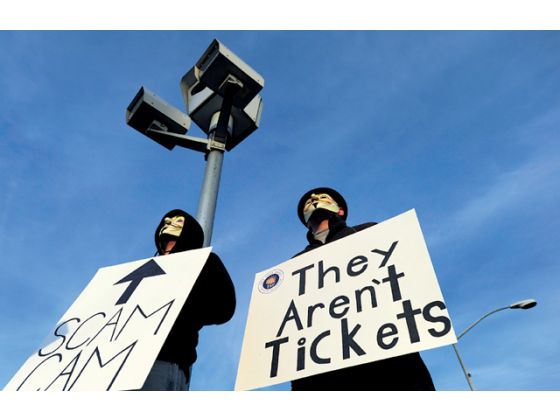 The red light cameras that are sweeping cities across the country are pretty much scams because the companies who sell them end up splitting the fines with the municipalities.

It’s really nothing but a shakedown between a private corporation and a government entity.

One Photography is Not a Crime reader living in California has been doing his best to inform people that they do not have to pay these fines.

And naturally, he’s been harassed by police for doing so, including two occasions where he was ordered to stop videotaping (more on that later).

“These are not really tickets,” said Benjamin Bartholomew, who lives in Northern California. “They are ‘notice of traffic violations’.