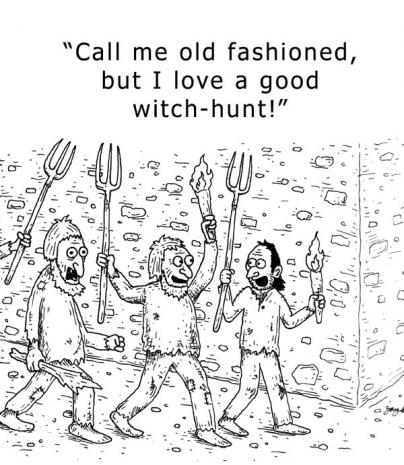 In 1950 Leonard E. Read faced one of the most difficult challenges of his life as he prepared to appear before a hostile congressional committee. His friend W. C. Mullendore warned that the committee was out to destroy him: “You should be under no illusion whatever but that the intention is to smear and not look [for] information, enlightenment and the philosophy of freedom. You are going against a bunch of cutthroats who have very vicious motives.”

Read was not the only target of this committee. Even more in the crosshairs was Edward Rumely, who had refused to divulge the names of those who had purchased controversial books he published.

When modern historians, most of whom write from a left-wing perspective, chronicle the “witch hunts” of the 1940s and 1950s, they rarely have in mind the likes of Read and Rumely. Neither fits their formal victim profile. Read, of course, was the founder and president of FEE and the future publisher of The Freeman. Mullendore was his close associate and a trustee of the organization. Rumely was the president of the Committee for Constitutional Government, a group that defended the free market and limited government.

Read and Rumely were not alone. Ever since 1933, many prominent New Deal and later Fair Deal Democrats had relied on the same methods of guilt by association, character smears, and other forms of intimidation to attack conservative and libertarian critics of the growing federal bureaucracy.

Why have most historians ignored these witch hunts?

Bovard: Liberals Learned Nothing In 2022

The Democrats Are About to Split the Country Irreparably

It's Time to Retire 'Classical Liberalism'

Democracy Wasn't On the Ballot, Extremism Was

Tucker Carlson: The left has run this country into the ground

Report: Innocent Car Badge Blasted By The Liberals For Being "Offensive"

AOC Humiliated At Town Hall In Viral Clip: 'Why Can't You Be More Like Tulsi Gabbard?'