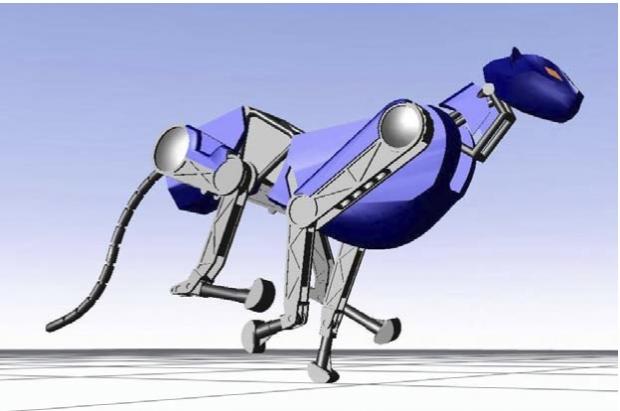 Perhaps you thought the four-legged BigDog robot wasn’t eerily lifelike enough. That’ll change soon. BigDog’s makers are working on a new quadruped that moves faster than any human and is agile enough to “chase and evade.”

Boston Dynamics, maker of the Army’s BigDog robotic mule, announced today that Darpa has awarded it a contract to build a much faster and more fearsome animal-like robot, Cheetah.

As the name implies, Cheetah is designed to be a four-legged robot with a flexible spine and articulated head (and potentially a tail) that runs faster than the fastest human. In addition to raw speed, Cheetah’s makers promise that it will have the agility to make tight turns so that it can “zigzag to chase and evade” and be able to stop on a dime.