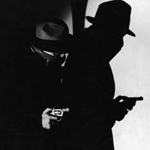 Raymond Allen Davis was jailed January 27 after fatally shooting two men who pulled up to him on a motorcycle in a bustling Lahore neighborhood. The 36-year-old Davis is a former member of the U.S. Army special forces and had been employed by security firm XE Services, previously known as Blackwater. Davis began working for the CIA nearly four years ago. He was assigned to Pakistan in late 2009. He was living with other security personnel at a safehouse in Lahore before the shooting incident. On Monday, a U.S. government official also said that Davis was a CIA contractor providing security for CIA officers. The U.S. at first falsely claimed that Davis was a diplomat with the State Department and should therefore be granted diplomatic immunity. – ZeroHedge

Dominant Social Theme: It is not an easy business spreading democracy.