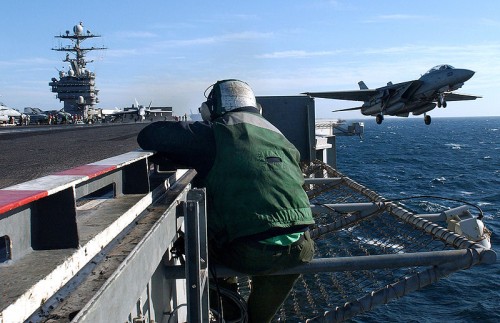 President Barack Obama has instructed the Pentagon to reposition U.S. military forces around Libya as the administration prepares to exploit a humanitarian crisis to seize de facto control over the largest oil producing country in the continent of Africa, following the advice of top neo-cons who have urged Obama to use U.S. forces to topple the Gaddafi regime.