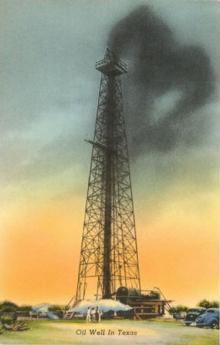 Why are American's paying more than $1.00 a gallon for gasoline? The U.S. has been importing oil to meet the demands of the American consumer for decades. Trillions of dollars in wealth has been drained from the American economy to purchase foreign oil from friends and foes alike. Yet America is totally self-sufficient and, according to some oil industry experts and a mountain of statistics, has enough oil to meet demand for at least 500 years and enough natural gas to meet America's needs for up to another 1,000 years or more.

It's not energy crisis. It's a crisis of sanity, like minds turning upside by advocating genocide to conserve food and energy!

We have an inexhaustible reserve of energy for as long as the sun shines that would last not only 500 years but for as long Planet Earth is not blown out of orbit.

But in this article, the questions are asked and a single answer is given, and I quote: "So why the shortages? Why is gasoline more than $3.00 a gallon? Why has the cost of everything associated with oil gone up and up over the past 40 years? The answer is simple, tragic and infuriating intentional government policy."

Wrong. It’s because there are whackos in the government and in the oil billionaires row who think like Frosty Woodridge that this website readers called "El Loko" – intellectual eunuchs who believe that due to overpopulation, limited space and faster consumption of food and energy, the world will end. To save the world, this mind of the Antichrist is engaged in a worldwide depopulation campaigns through genocide – like Bill Gates’ worldwide vaccination program in third world countries that controls population growth by killing fetus in pregnancy and by air poisoning, like chemtrails in the sky that cause cancer and terminal diseases, and other chemical slaughtering that recently washed out fish dead and birds dropping from the sky dead.

The answer is "money" of course.

Fortunately for all of us, the big money mega-conglomerates will fail. Why will they fail? Because they don't really know enough about the statistics of life to make their schemes work forever.

Unfortunately for all of us, many of us will be hurt when they fall. Are we getting ready for the crash?