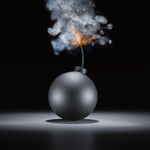 America not yet down and out, or how the West is still winning ... It's nearly one hundred years since Oswald Spengler penned his best selling "Decline of the West". Its theme has been a favourite among writers, historians and economists ever since. Yet the one certainty in this century of Western angst has been that despite repeated war and economic crisis, the West has remained supreme throughout. Admittedly, there is rather more reason for thinking advanced economies are about to be toppled today than there ever has ever been before, but even so, it is with considerable skepticism that I've begun reading the latest example of the Spengler genre – Dambisa Moyo's "How the West was Lost". I'm not saying she's wrong about the series of policy errors that have led the US to its present, pretty pass, and most of us would certainly agree that radical action is required to stop the rot. – UK Telegraph/Jeremy Warner