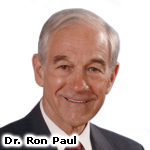 During the past few weeks, Congress has been locked in a battle to pass a continuing resolution to fund government operations through September. Both supporters and opponents of the bill, HR 1, claim it is a serious attempt to reduce federal spending. However, an examination of the details of the bill call that claim into question. For one thing, the oft-cited assertion that HR 1 reduces spending by $99 billion is misleading. The $99 billion figure merely represents the amount that HR 1 reduces spending from the President's proposed Fiscal Year 2011 budget – not reductions in actual spending. Trying to claim credit for a reduction in spending based on cuts in proposed spending is like claiming someone is following a diet because he had only five slices of pizza when he intended to have 10 slices!

In fact, HR 1 only reduces real federal spending by $66 billion compared to last year's budget. This may seem like a lot to the average American but in the context of an overwhelming trillion-dollar budget and a national debt that could exceed 100 percent of GNP in September, it is barely a drop in the bucket.