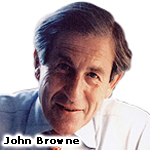 Earlier this month, J.P. Morgan made an important announcement that received scant coverage in the media: the bank would now accept gold as collateral for loans. The move appears to have been well-timed, for in the ensuing weeks, the price of gold and silver climbed steeply, based largely on political turmoil in the Middle East. But why should Morgan's decision be of interest to anyone outside the bank?

It can be argued that J.P. Morgan is the world's premier major bank. As such, its decision to accept gold as collateral offers a rare glimpse into the very private financial decision-making of some of the largest and most sophisticated investors in the world, whether governments, corporations, or wealthy individuals.