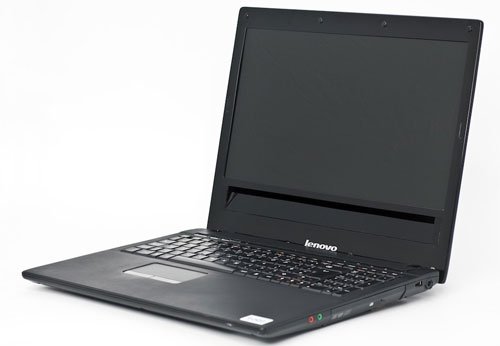 Lenovo and Swedish eye-control company Tobii have teamed up for a laptop prototype that uses eye-tracking tech to trigger certain actions on the computer. We've seen this idea before with smartphones, but the laptop's bigger size and increased power makes it much more suitable--even useful, if Engadget's hands-on is any indication.

Shown off at CeBIT today, the prototype is still a long ways off from actual production, if it gets there at all--Tobii estimates two years at the earliest, both for hardware and software considerations. But according to reports, it works flawlessly, able to recognize even very small movements with impressive accuracy. The prototype uses a sensor bar, rather than webcams like Microsoft's motion-sensing Kinect, which is implemented as a thick bar at the bottom of the laptop's screen. Tobii notes that the sensor has to be of a certain size to work properly, but that it could eventually be about the same thickness as a laptop's natural bezel, which would obviously be ideal.

Green Vs Green: Endangered Flower May Wipe Out Nevada Lithium Mine