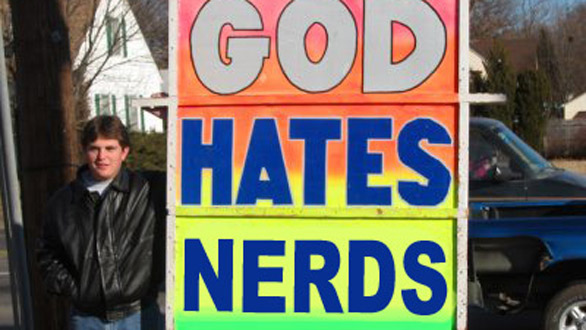 Margie J. Phelps, who argued the case for Westboro, said the church is planning a celebratory service in Topeka this evening to thank God for the court ruling.

"We've been saying all these years that our actions are lawful, and now there is no doubt about that," said Phelps, who described the opinion as "10 times better than anything I'd ever imagined."

The court "made it clear that someone saying your feelings are hurt cannot trump the right for anybody be in the public debate," Phelps said. She also believes the ruling sounds the "death knell to almost all the laws the states have passed" restricting the church's funeral picketing.

Yes, the Supreme Court has ruled correctly; Goverment may not restrict the speech of these, or any other, unGodly degenerate pukes.

But, the Supreme Court ruling does not bar the restrictions placed by mourners and those private citizens respecting the fallen.

I wonder if these holy fools have the spine to picket and demonstrate at a Hell's Angels, Monguls, or Warlocks funeral?