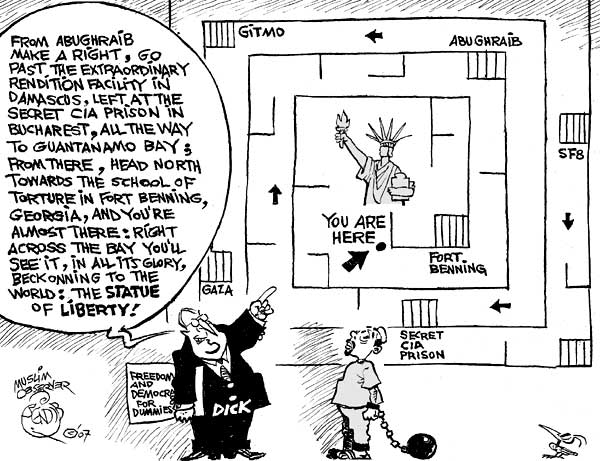 The Supreme Court on Wednesday considered whether to allow former Attorney General John Ashcroft to be sued for an American Muslim's post-Sept. 11 arrest and detention using a law intended to make sure witnesses testify in criminal proceedings, a move a couple of justices worried could have a profound effect in how federal prosecutors fight crime.