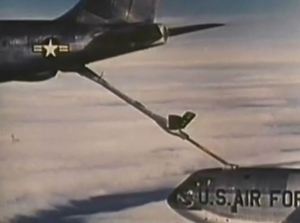 "The gift that keeps on giving" should have been the headline on the Pentagon's decision to award the Boeing Co. a $35 billion defense contract. Defense of the nation, of course, had nothing to do with it, since the end of the Cold War also ended the need for midair refueling of the nuclear-armed bombers intended to retaliate after a Soviet first strike, a scenario brought to the public eye in the 1964 movie Dr. Strangelove.

Indeed, at a time when drones seem to be bypassing the need for manned military bombers and fighters of any kind, and when schoolteachers and firefighters are being terminated across the country, the awarding of this long-delayed and always questionable military-industrial-complex scam is simply perverse.

There has always been vast bipartisan support for spending upward of a trillion dollars a year on the various items that claim to enhance our national security. For Republicans, their attacks on big federal spending rarely include the more than half of the federal discretionary spending gobbled up by military programs. For Democrats, defense pork has always been defended as a jobs program, and that was the theme of what the Seattle Times headlined as a "victory rally" in the historical home of Boeing operations, where the new plane is expected to create about 11,000 jobs.