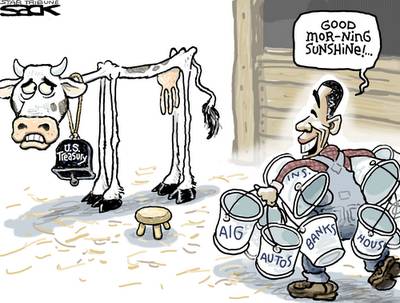 The AP reports that Erik Prince, founder of Blackwater US, is involved in training 2,000 Somali recruits to fight pirates who operate on the African coast. The financing for this venture “is being moved through a web of international companies, the addresses of which didn't always check out when the AP sought to verify them.”

I’d hoped that the US government would have followed Congressman Ron Paul’s suggestion and used its constitutional authority to fund such operations. Article I, Section 8 of the Constitution authorizes Congress to punish piracy and felonies committed on the high seas. The next clause allows Congress to grant letters of marque and reprisal, to address the special situation in which American ships, property, and interests are menaced, but no other government is involved.