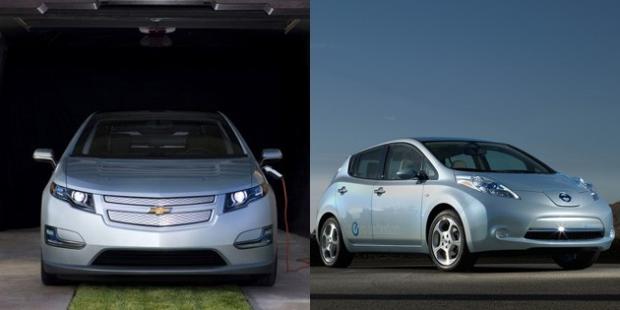 Peruse Chevrolet's February sales release, and you'll notice one number that's blatantly missing: the number of Chevy Volts sold. The number – a very modest 281 – is available in the company's detailed data (PDF), but it certainly isn't something that GM wants to highlight, apparently. Keeping the number quiet is a bit understandable, since it's lower than the 321 that Chevy sold in January.

Nissan doesn't have anything to brag about here, either (and it didn't avoiding any mention of the Leaf sales in its press release). Why? Well, back in January, the company sold 87 Leafs. In February? Just 67. Where does that leave us? Well, here's the big scorecard for all sales of these vehicles thus far:
Volt: 928 Leaf: 173

Wyoming Moves To Ban Sales Of New Electric Vehicles By 2035

Tesla has slashed the prices of its Model 3 sedan and Model Y SUV between 6% and 20% in the US,..

The Cost of False Prosperity