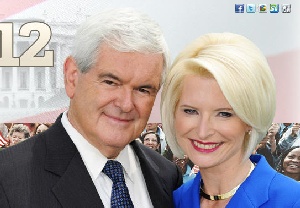 Former Speaker of the House Newt Gingrich (R-GA) announced Thursday that he was opening an exploratory bid for the Republican presidential campaign.

He is the first major Republican to do so.

Gingrich and his wife, Callista, released a statement on their new website newtexplore2012.com.

"We are excited about exploring whether there is sufficient support for my potential candidacy for President of this exceptional country," the statement statement said.

Gingrich outlined some of his core principles in a brief appearance at the Georgia state Capitol Thursday.