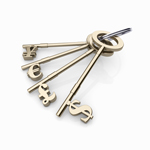 German-Irish brinkmanship raises EMU stakes ... German bail-out fatigue and fierce resistance to EMU "rescue creep" threaten to derail a eurozone deal this month, and risk triggering a fresh round of Europe's debt crisis. The EU's new criteria for bank stress tests to be agreed this week adds another risk. Ireland's new leader Enda Kenny faces a daunting task as he tries to change the terms of his country's €67bn (£57b EU-IMF package, either by cutting the penal rate of interest or changing the remit of the rescue fund to help Ireland claw its way out of a debt trap. – UK Telegraph

Dominant Social Theme: So much to muddle through. The EU will survive.

The Bank Failures of September 2019

Student Loan Forgiveness: A Boost For The Middle And Upper Classes Which Costs $300BN

Brace Yourself for Federally-Insured Bank Failures Caused by Crypto

Some politicians want to give us monthly checks to offset the high fuel cost.