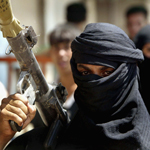 Assassination underscores religious intolerance in Pakistan ... News of the assassination came to Rev. Majed El Shafie at 3 a.m. Wednesday morning in Toronto. That was when Peter Bhatti, a fellow Christian living in Canada, called to say that his brother, Shahbaz Bhatti, had been killed in Islamabad. Peter Bhatti was "brokenhearted," Mr. El Shafie recalled in an interview. "He called me to get the rest of his family to Canada from Pakistan. He was like, ‘I beg you, just help me get them out of Pakistan.'" Shaken by the overseas death of his long-time friend, the clergyman added: "How much more blood until people wake up about freedom of religion in Pakistan?" – Globe and Mail

Dominant Social Theme: Why can't the East be more like the West?