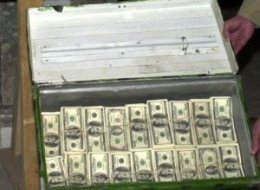 Washington - A new report shows the US government’s unprecedented use of contractors in Iraq and Afghanistan has allowed them to commit fraud and then get rehired, over and over, letting them continue profiting from a lack of government oversight.
The Commission on Wartime Contracting in Iraq and Afghanistan has released its second interim report to Congress, At What Risk? Correcting over-reliance on contractors in contingency operations (pdf), and notes the various forms of contract waste, fraud and abuse, including ill-conceived projects, poor planning and oversight by the US government, and criminal behavior and blatant corruption. The Commission report notes contractors account for fully half of US contingency operations in the two military efforts and almost $200 billion in contracts and grants have been awarded since October 2001. Because of government neglect, the resulting waste, fraud and abuse is costing taxpayers “tens of billions” of dollars. Those contract and grant obligations are equivalent to $407 million per Congressional district, or more than $1,500 per US household, numbers that are a small fraction of the overall costs associated with the two occupations.