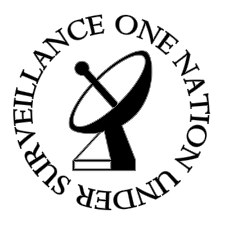 Newly-released documents obtained by the Electronic Privacy Information Center (EPIC) reveal that the US Depart of Homeland Security has been working on plans to roll out a new wave of mobile surveillance technologies at train stations, stadiums and streets. These new technologies will track your eye movements, capture and record your facial dimensions for face-recognition processing, bathe you in X-rays to look under your clothes, and even image your naked body using whole-body infrared images that were banned from consumer video cameras because they allowed the camera owners to take "nude" videos of people at the beach.

DHS Scanners To Secretly Search Your Body, Vehicle and Home—X-ray Deaths Next?

Department Homeland Security and Police intend to use hundreds of new X-ray Back Scatter Vans and other scanners with long-distance capability to secretly scan and search lawful persons’ bodies—when driving, walking and X-ray Citizens in their homes. DHS plans to mount X-ray scanners on buildings and utility poles to monitor groups of pedestrians. Citizens that drive or walk to work or lunch in monitored areas may be radiated several times a day.

There is nothing to stop government agencies and police repeatedly targeting (persons of interest) on the street and in their homes with X-ray scans that may cause cancer or induce other medical problems—including individuals afflicted by poor health. DHS new scanning will record eye and facial features of pedestrians, so subjects can be identified for covert X-ray scanning. Consequently some Americans may be X-ray scanned every time they set foot on the street.

How could anyone prove his or her cancer was caused by repeated government X-ray scans? Can you think of one U.S. Government agency you would trust to limit the number of times and duration secret Government scanners can penetrate a person’s body with X-ray radiation, when walking, driving; inside their home? Citizens driving or walking to work, that must pass DHS X-ray scanners on buildings and utility poles, could be exposed to radiation several times a day. The press recently reported that X-ray scanners now used at airports are 10-times greater that what U.S. Government told the American People.

Currently Citizens can purchase small sensitive radiation detectors on key chains that set off different sounding alarms for each radiation level detected. Key Chain radiation detectors sell for about $160.00 and some appear capable of detecting government X-ray scanners penetrating their home, or their body when walking or vehicle when driving. It should be expected more pedestrians might start carrying radiation key chain detectors to learn if X-ray scanners on buildings and utility poles are targeting their neighborhood, the streets they drive or walk. Radiated pedestrians and drivers should protest, especially if they are being hit everyday with X-ray scanners.

The U.S. can’t become a total Police State until the 4th Amendment is either terminated or so watered down it has no legal effect. That will be the result if government / police are allowed (without probable cause or warrants) to expose the public to covert X-ray scans and scans at airports; train and bus stops and other check points.

One can’t help wonder if today’s outspoken Americans that lawfully defend the Constitution, e.g., writers and bloggers will be deemed combatants by U.S. Government; constantly stopped, searched, and questioned by TSA and police; forced to endure no warrant searches of their car, body and forced cancer causing X-ray scans. The Nazi Military and Police repeatedly searched and delayed Citizens labeled politically undesirable boarding trains and buses and driving to work to cause targeted Citizens to lose their jobs. Citizens were placed on (Nazi do not hire lists) similar to the lists U.S. Homeland Security started in 2010.See: TSA, DHS plan massive rollout of mobile surveillance vans with long-distance X-ray capability, eye movement tracking and more at: http://www.naturalnews.com/031603_surveillance_police_state.html#ixzz1GGDd24RG