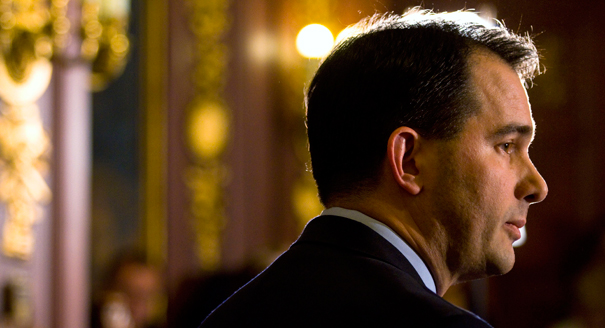 Madison — Gov. Scott Walker notified unions Friday of impending layoffs if a budget-repair bill isn't passed in the next 15 days, even as both Republicans and Democrats showed signs of moving from their entrenched positions as they try to break a stalemate that has lasted nearly three weeks.

Walker warned Thursday that he would issue the notices on Friday that would affect up to 1,500 state employees. The actual notices, however, did not spell out how many people could be laid off, and a spokesman for the governor said the layoffs could be reduced by employee retirements.

According to GOP sources familiar with talks on the bill, the discussions with Democratic senators holed up in Illinois include removing or changing a provision from Walker's budget-repair bill that would limit unions' bargaining over wages to the rate of inflation. The talks have also touched on the possibility of removing or changing a provision that would require workers to vote every year on whether their union would remain active or be decertified, the sources said.

The last provision especially is anathema to Democrats and unions, who say it could kill many labor groups. The sources asked not to be identified because they had no clearance to speak and because the talks were still delicate.