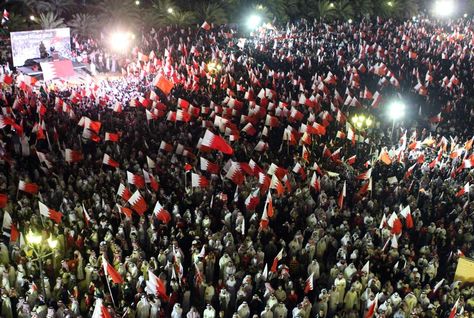 RIYADH — Saudi Arabia said Saturday it would ban all protests and marches after minority Shiites staged small protests in the oil-producing eastern province.

Security forces would use all measures to prevent any attempt to disrupt public order, the interior ministry said in a statement carried by state television.

The ban follows a series of protests by Saudi Shiites in the kingdom's east in the past weeks mainly to demand the release of prisoners they say are long held without trial.

Saudi Arabia's Shiite minority mostly live in the east, which holds much of the oil wealth of the world's top crude exporter and is near Bahrain, scene of protests by majority Shiites against their Sunni rulers.

Saudi Shiites complain they struggle to get senior government jobs and other benefits like other citizens.