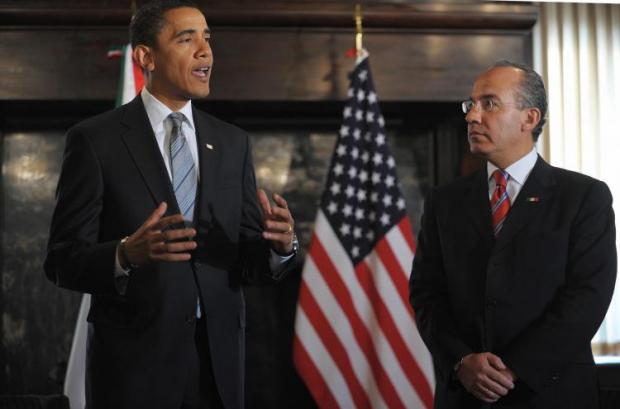 WASHINGTON – The pro-legalization group Law Enforcement Against Prohibition fretted that President Barack Obama and Mexican President Felipe Calderon were embarking on a counterproductive mission after the two pledged "renewed cooperation" on the drug war Thursday.

"Legalization is the only way to end the cartel violence, just like ending alcohol prohibition was the only way to make gangsters stop shooting each other over beer and liquor distribution," Tom Angell, a spokesman for Law Enforcement Against Prohibition, told Raw Story in an e-mail. "How many more police officers and innocent civilians will these leaders allow to die before they finally tackle the one true solution to this violence?"