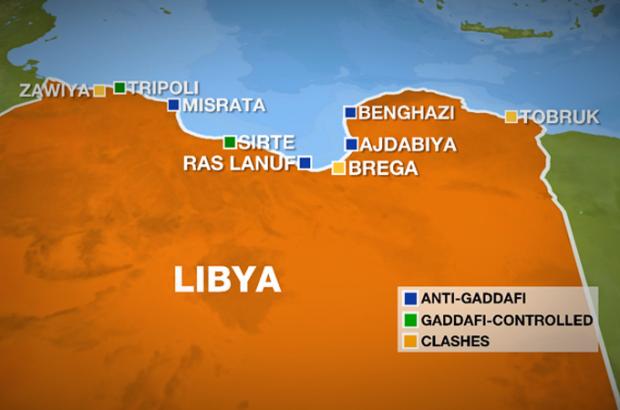 Forces loyal to Muammar Gaddafi, the country's long-time leader, have been staging a fightback against opposition forces, taking the town of Bin Jawad and moving on to the oil port of Ras Lanuf.

Witnesses have also told Al Jazeera that Az Zawiyah, in the west of the country near the capital Tripoli, was under heavy attack by government forces.

There has been fierce fighting in Misurata, located between Tripoli and Gaddafi's hometown Sirte, with reports of at least 18 people killed.

However, Al Jazeera's Jacky Rowland, reporting from the town of Brega, said that the opposition forces had advantages in terms of "their sheer number, patriotism and enthusiam".