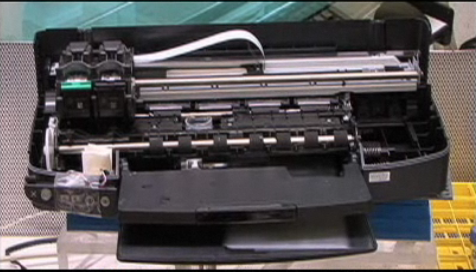 Updated: One of PopSci’s favorite regenerative medicine specialists, Anthony Atala, printed a biocompatible model of a human kidney on stage at the 2011 TED conference Thursday, in a technique that could someday be used to create new organs from a patient’s own tissue rather than relying on donated organs.

A few years ago, Atala figured out how to produce human tissue with a desktop inkjet printer, using cells as the printer ink. In a TED talk last year, he described printing heart valves and other tissues. This week at TED, he brought one of his patients on stage. When he was 10, Luke Massella was among the first people to receive a re-engineered organ — he was born with spina bifida and received a new bladder grown from his own tissue. Now he’s a healthy college student.