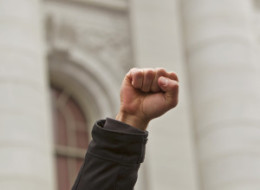 WASHINGTON -- Protesters unhappy with Wisconsin Gov. Scott Walker's budget proposals forced a GOP congressman to shut down a town hall meeting on Monday in the governor's hometown, demonstrating that state-level labor battles could become a liability even for Republicans at the federal level.

"This state is so (angry) at Republicans right now because they're trying to shut down debate," yelled one protester at the meeting in Wauwatosa, which was being held in a town library. Other protesters responded with loud cheers.

Layoffs? You Want To Talk About Layoffs?

Forget the Zombie Apocalypse - Can YOU Survive the Coming Layoff Wave?