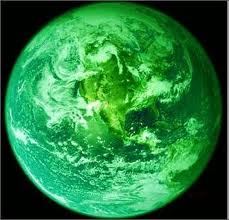 Edmond, OK is becoming an epicenter of the fight against the unconstitutional and unwise ICLEI and Agenda 21! About 200 citizens came out in two meetings, the latest March 7, 2011, to protest the city's membership in ICLEI.

1 Comments in Response to PEOPLE ARE RISING AGAINST ICLEI AND AGENDA 21! WE TURN TO EDMOND, OKLAHOMA!

Once a bill is passed and becomes law, it is difficult to get it repealed later. Why? Because no lawmaker or politician wants to step on the toes of those people who would be hurt by a law that is working well for them. In addition, to repeal is to say that Government made a mistake. And Government doesn't like to say that.

But there is a danger in the blanket repeal of all the laws such as the one above. The danger is that Government still has the active law on its books, and this means that Government can still operate the parts of the law that do not formally affect the average citizen. The citizen, not realizing this - because he is lulled into pacification by not signed an acceptance of the law in question - goes on his merry way thinking that all is okay. But Government is out there doing all kinds of damage by following the law, behind the scenes, in ways that do not seem to directly affect the people.

An example of this might be chemtrails. Government is out there obeying some law by spraying who knows what into the air. The people are not being attacked directly in any way, so they think all is well. Yet, if they knew all the dangers of messing around with nature that Government is doing, they would rise up and get the laws repealed like they should have in the first place.

But the people are numbed by their freedom. So Government goes on doing what they want. Finally, one day when the people have no more strength to resit, a gigantic coup will take place, and the people will become slaves wearing gray clothes like they do in some parts of Red China.

Now, what does this have to do with ICLEI and Agenda 21? Everything! And with all the laws that Government makes and tries to make.

Yes, let's make a law that virtually repeals all of the laws. Or, yes, lets literally repeal all of the laws that we feel it is necessary to repeal. But, let us be vigilant, like the people of Edmond, OK, with regard to everything that Government does. If our rights and freedoms keep on being diminished by Government, one day we wake up without any rights at all.

UN/WEF Officially Announce Lockdown Of All Major Cities To "Save The Climate"! FULL SHOW 1

Supercomputer prophesy of the Sixth Mass Extinction coming "like an asteroid"...

COP27: Where Green Deals Are Signed In Red Ink

Spending Your Money: It's 'Finance Day' At COP27

The UN's Diabolical Plan to Destroy the World Economy