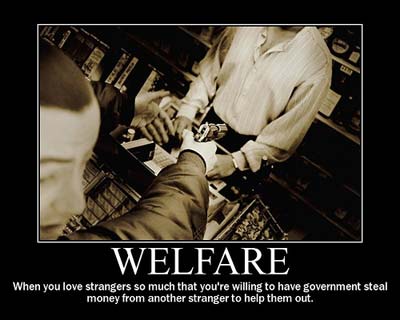 Government payouts—including Social Security, Medicare and unemployment insurance—make up more than a third of total wages and salaries of the U.S. population, a record figure that will only increase if action isn’t taken before the majority of Baby Boomers enter retirement.

Even as the economy has recovered, social welfare benefits make up 35 percent of wages and salaries this year, up from 21 percent in 2000 and 10 percent in 1960, according to TrimTabs Investment Research using Bureau of Economic Analysis data.

“The U.S. economy has become alarmingly dependent on government stimulus,” said Madeline Schnapp, director of Macroeconomic Research at TrimTabs, in a note to clients. “Consumption supported by wages and salaries is a much stronger foundation for economic growth than consumption based on social welfare benefits.”

Fascism versus Socialism: Take Your Pick

The Absurdity of Socialism | Jordan Peterson and Dave Rubin

Christmas in Venezuela: What It Was Like After Socialism Destroyed the Country