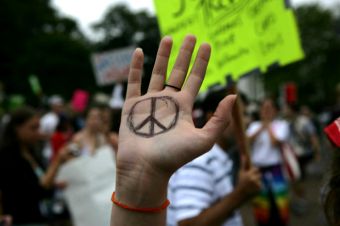 The Department Of Homeland Security has concluded that it is perfectly reasonable for it to spy on dozens of peaceful advocacy groups and monitor scores of lawful protests and political rallies in the name of national security.

The ACLU details the DHS’ response to a complaint the group filed with the DHS’s Office of Civil Rights and Civil Liberties (OCRCL).

The ACLU demanded an investigation into whether DHS officials abused their authority by improperly collecting and disseminating information regarding political demonstrations, following revelations that Homeland Security’s Federal Protective Service (FPS) had been engaging in such activity dating back to 2006.